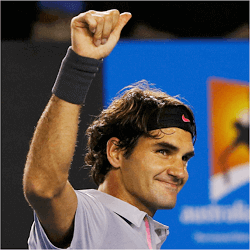 The mix of youth, speed and power is always an attraction on the tennis court, and there are plenty of upcoming stars of the game impressing Australian betting enthusiasts. However, the singles finals at the 2017 Australian Open on Saturday and Sunday were occasions for experience and years of practice to shine, as punters were treated to brilliant tennis from veterans of the game.

In Saturday’s women’s final, American sisters Venus, 36, and Serena Williams, 35, played a family derby. They secured an all-Williams final when Venus beat countrywoman CoCo Vandeweghe in the semis, followed by Serena’s dismissal of Croatian Mirjana Lucic-Baroni. It isn’t every day the legendary sisters face each other, and fans were treated to two power sets of excellent tennis.

In the end, however, Serena proved too strong for her big sister, winning her seventh Australian Open singles title 6-4, 6-4. It’s the first straight-sets victory at the women’s final since Maria Sharapova beat Ana Ivanovic 7-5, 6-3 in 2008. The win propels Serena to a new career best of 23 Grand Slam championships, just one away from Australian Margaret Court’s world record of 24.

The men’s final on Sunday offered brought just as much star quality to Melbourne Park’s Rod Laver Arena as the previous day’s clash. For nigh on two decades, Spaniard Rafael Nadal and Switzerland’s Roger Federer have been tennis forces to be reckoned with, and their return at the 2017 Australian Open marked a comeback for both, after a 2016 plagued by injury. Nadal has been battling a left wrist injury since May last year, and Federer has been in and out of competition since February 2015, in between surgeries on his dodgy left knee.

They may both have had a little luck on their roads to the final, with tournament top seeds Andy Murray and Novak Djokovic knocked out earlier by unseeded players, but that shouldn’t detract from the great tennis they played. Nadal beat Bulgarian Grigor Dimitrov 6-3, 5-7, 7-6, 6-7, 6-4 in the semifinal, and Federer won his semi against countryman Stan Wawrinka 7-5, 6-3, 1-6, 4-6, 6-3.