Could FA Cup Final Be a Huge Upset? 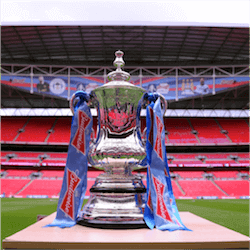 Last year, Australia’s sports betting fans who took a flyer on English football team Leicester City in the Premier League were handsomely rewarded. After years languishing in the lower divisons, Leicester took the Premier League Championship for the first time in the club’s history, in only the second year after their return to the First Division.

The 2016-17 FA Cup looks like it may be shaping up to provide similar wild-card thrills this season, with two Fifth-Division sides doing surprisingly well. Australian punters would do well to keep an eye on the next few matches of the tournament, because an FA Cup Final at Wembley on May 27 featuring a rank outsider is now a definite possibility.

In its 133-year history, Fifth-Division club Lincoln City F.C. has never finished higher than fifth in the Second Division, and they achieved that pinnacle in the 1901-02 season. FA Cup punters have therefore been delighted with their tournament this year.

After knocking out Altrincham, Oldham Athletic, Ipswich Town, Brighton & Hove Albion and Burnley, Lincoln is now through to the quarter-finals on March 11. They will meet either Arsenal or Sutton United, after those two teams complete their fifth-round match on Monday, February 20.

Sutton United the Other Surprise

South London team Sutton United F.C. has spent more time in the higher divisions than Lincoln over its 118-year history, but they are also currently in the Fifth Division. So their progress in the 2016-17 FA Cup has been equally remarkable: the Gander Green Lane side has beaten Dartford, Cheltenham Town, AFC Wimbledon and Leeds United.

If they beat Arsenal, they face Lincoln in the quarter-final in London, so an outsider in the semis would be guaranteed. However, the semis and final will be no walkover. Chelsea is already qualified for a quarter-final, at home to Manchester United at Stamford Bridge. Tottenham Hotspur will host Millwall for a London derby in the third quarter-final.

Middlesborough F.C. is also through to the FA Cup quarter-finals. The Yorkshire team will be at home to either Huddersfield Town or Manchester City, who have a replay on February 28, after their February 16 clash ended in a goalless draw.