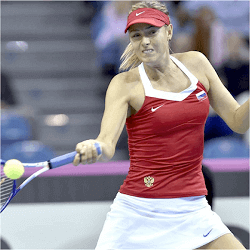 Punters’ enthusiasm for the Fed Cup, or ‘the World Cup of Women’s Tennis’ is growing, as this exciting tournament draws nearer. There will be plenty of top-class athletic action in three rounds over 2017 for avid tennis fans to wager on, and fans will certainly get their fill as the players hit the court.

Matches Scheduled All Over the World

The eight national teams in the World Group will all play their first round matches over two days in various locations around the globe: Czech Republic vs. Spain in Ostrava, Czech Republic, Germany vs. the USA in Maui, Hawaii, Belarus vs. the Netherlands in Minsk, Belarus, and Switzerland vs. France in Geneva, Switzerland.

A lot of the smart money will be on top seeds Czech Republic, France and Germany. But the Netherlands is seeded fourth, despite being currently below Russia in ITF Fed Cup Nations Ranking, so the Dutch team might reward punters too. But bear in mind that the USA has won more Fed Cups since the tournament’s inception in 1963 than any other nation: 17, with 7 of those consecutively from 1976 to 1982. So don’t rule out an upset against Germany.

Australia, with seven titles, has the third-most Fed Cup wins after the Czech Republic’s 10, despite having slipped into World Group II. So along with the top seed in their group, Russia, our neighbours across the Tasman Sea will be putting in fierce effort during the play-offs. One or both of these teams could well fight their way to a promotion into World Group I.