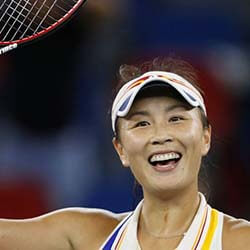 Chinese tennis star Peng Shuai is apparently well and safe and living at her home in Beijing.

The IOC confirmed on Sunday that president Thomas Bach had been in touch with Shuai via video call. Shuai reportedly declared herself safe, but added that she desired for her privacy to be respected.

Shuai raised international concern when after a Weibo post on November 2, she suddenly disappeared completely from the radar. Shuai had made the post to accuse former China vice-premier Zhang Gaoli of sexual assault.

The IOC said in a statement that Shuai had thanked the organisation for its concern about her safety. The video call apparently lasted around 30 minutes, with the Chinese star appearing relaxed and well. Shuai reportedly also said that right now, she prefers to spend her time with family and friends.

Also on the call had been IOC member Li Lingwei and IOC Athletes Commission chair Emma Terho. The latter, who formerly played ice hockey for Finland, said she had felt relief at seeing for herself that Shuai was indeed “fine”.

WTA chief Steve Simon has however in the meantime said that while it certainly is positive and reassuring to see Shuai declaring herself safe and well, it still isn’t 100% sure whether she’s able to make decisions free of external influence.

Neither the Chinese government nor Gaoli have issued any comments following the allegations made by the star.

The WTA has in the meantime threatened to withdraw all tournaments out of China should Shuai fail to confirm her safety.