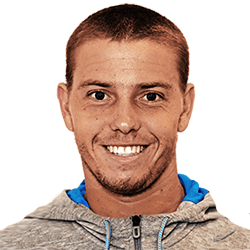 James Duckworth, a player plagued with elbow and foot problems for the past two years, since the 2016 Australian Open, ha seen his career, as well as his current rank, plummet down to 1067.

Duckworth’s luck changed, however, just as the French Open has been set to start. Roland Garros, the Wimbledon runner-up withdraw from his current campaign, giving Duckworth the chance to raise his rank up.

His top position on the alternative list gives him a protected ranking of 105, and has since been elevated to the main draw.

It’s the first time that Duckworth has appeared on the regular tour, and will be joining other players such as John Millman, Matt Ebden, Alex De Minaur, Jordan Thompson, and Nick Kyrgios.

Duckworth has undergone foot surgery in the last year, part of the reason for his decline in rank. It was only made worse the year before after he tore a flexor tending not long after the Australian Open. Soon after that injury occurred, he broke his wrist – sending him on a downward spiral in his career.

His return comes alongside an Australian contingent of players set to have a go at the qualifying rounds in Paris before the start of the French Open. This contingent is going to be lead by Thanasi Kokkinakis and Bernard Tomic, who will be followed by seven other Australian players. The qualifying rounds for the men will be followed shortly by the women’s qualification games.