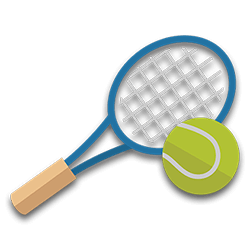 British number one Johanna Konta has made it to her first clay court semi final match ever after her three set win against second seeded Hsieh Su-Wei that they played at the Morocco Open held in Rabat. The 27 year old player returned from a set down to win the match 6-7 6-4 6-4, giving her the chance to set up a semi final game with fourth seeded Ajla Tomljanovic.

Hsieh began the match with a strong lead, and finished off the set with a 3-0 lead, and although Konta did manage to secure a tiebreak, her 33 year old Chinese Taipei opponent closed off the beginning set with ease. The first seven games went with serve for the second set, and Konta seemingly made a break to love to take a 5-3 lead, only to be broken back almost immediately.

Now at 5-4, Konta lost three set points before she finally made the fourth count, and pushed the match into a deciding set, making it the third match in a row where she closed off with a third set. The British player, however, continued to apply the pressure on Hsieh, who eventually doubled faulted to give Konta three match points, and then converted for the second attempt to secure her place in the last four. Her game against Tomljanovic will be the first time the player has competed on a clay court in a semi final as Konta continues to dominate at the Morocco Open.