Johanna Konta Unafraid Of US Open 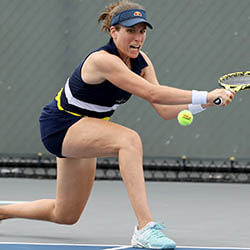 British Number 1 Johanna Konta seems intent on making light of the waiver players are being made to sign in order to secure their berths at the upcoming US Open. The waiver practically absolves the organisers of the event, namely the United States Tennis Association, of any personal harm liability – whether as a direct result of negligence on the part of the association, or otherwise.

When questioned about her supposed lack of concern over the dooming choice of words used in said waiver, Konta’s responded by saying that ‘sombre’ is the very nature of waivers of this kind, and merely a thing of content within the context of the material. Players are in charge of their own bodies to begin with, pointed out Konta, and this was true long before current challenges arose.

The efficiency with which a tennis player’s body is ultimately able to hold up, continued Konta, is determined not so much by outside circumstances beyond the player’s control, as by decisions made during play, and decisions made regarding how much tennis is going to be played.

Konta certainly is doing her bit in terms of taking responsibility for her body and health. She recently chose to drive, and not fly, the 400 miles between Chicago and Lexington in order to compete in the Top Seed Open. And once the time arrives to be heading out towards New York for the US Open, the player and hitting partner Dan Smethurst will be travelling the 700 mile-stretch by car too.

Several Australian tennis players have opted out of competing in this year’s US Open over fears for their safety.