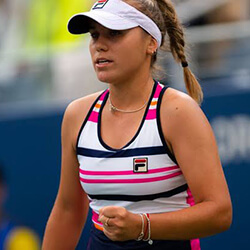 Australia’s hopes for the first homegrown Australian Open Singles champion in decades came to an end on Thursday the 30th of January 2020. This is when the top-seeded Ashleigh Barty lost to Sofia Kenin, a player from the USA, 7-6 (6), 7-5. Everyone wanted Barty to become the first Australian woman to get to the Finals since Wendy Turnbull did in 1980, and her to win it for the first time since Chris O’Neil took the honour in 1978.

Thursday was by far the hottest day of the competition to date, with temperatures reaching 100 degrees just after the two players took to the court. The game was held at the Rod Laver Arena, which boasts a retractable roof, and this remained open the entire time. The tournament’s Heat Stress scale hit a record 4.9. If it had gone up to 5, outdoor play would have been suspended entirely and the roof would have been closed.

But neither Barty, who hails from Queensland, nor Kenin, born and raised in Florida, seemed unduly affected by the searing heat. They were also familiar to one another, facing off four times in 2019. Kenin won only one game in those meetings, in the second round of Toronto’s Rogers Cup, with a final score of 6-7(5), 6-3, 6-4.

But now Kenin will be breaking into the Top 10 in the World rankings thanks to her reaching the Finals for the Australian Open. If her winning streak continues, she will move up to the No. 7 position, passing Serena Williams and becoming the world’s highest-ranked American player.