Marcus Daniell Not Expecting Much Of PTPA 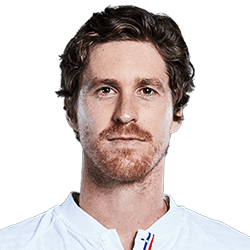 Kiwi tennis player Marcus Daniell says he isn’t holding out for any sort of future for a Novak Djokovic-led players’ union. The New Zealander, who is a five-time ATP doubles title holder, and currently ranked world No. 49 doubles player, joined the ATP’s Player Council at the beginning of this year. He serves alongside the likes of Roger Federer, Kevin Anderson, Rafael Nadal, and Andrew Murray.

Since his joining the association in January, several issues have proved highly contentious for council members – most notably the quarantine conditions for the upcoming Australian Open, and the divide caused in men’s tennis by the newly established Professional Tennis Players Association (PTPA).

The organisation, which was co-founded and is led by world No. 1 Novak Djokovic, is pushing for improved rights for seeded players, but has since its creation only had a polarising effect on the international tennis world. The world No. 1 recently came under fire after making several suggestions to the organisers of the Australian Open over how players could be better accommodated and managed while in managed isolation.

Daniell, 31, who says he understands the frustration experienced by players, has decided against joining the PTPA, electing to look for new ways to make improvements via the Player Council instead. His views are shared by Murray, Federer, and Nadal.

The Kiwi said that even though he understood the ideas behind the sentiment that eventually led to the PTPA, he didn’t have much faith in the organisation based on what he had experienced as well as everything he’s seen and heard so far.