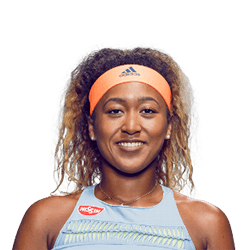 The Japanese player, who is seeded fourth, won the match 6-2 4-6 and 6-4, and is now set to take on Petra Kvitova in the final of the tournament. 21 year old Osaka hit 15 aces, and claimed 56 winners in a strong display of her talent. The semi-final was played at the Rod Laver Arena as temperatures outside soared to above 40 degrees Celsius outside in Melbourne.

Osaka claimed another forehand winner to give her a match point at 40-30, and shouted “come on” as she attempted to compose herself, and then went on to hit what she though was another ace down the middle. The shot was called out, and Osaka challenged and hoped as she watched the replay, and was left in celebration after it was proven that the ball had just clipped the line.

Talking about how she felt during the match when her opponent won the second set, Osaka said that she had expected it because she has played against her so many times in the past, and that she had beaten Osaka more more often than not. She added that it comes down to experience when playing matches like this, and that she was scared serving second serves.

The final of the Australian Open will see Osaka and Kvitova fighting for the world rank of number one.