Old and New in 2018 Australian Open 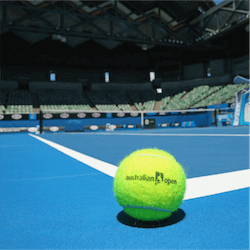 Retirement is obviously boring veteran Australian tennis ace Lleyton Hewitt. He hung up his racket officially after the 2016 Australian Open, but the former world number one couldn’t resist returning to the court for the Davis Cup and Wimbledon last year.

A year later, just when it looked like retirement was starting to take, he’s announced that he’ll be returning to play doubles at the 2018 Australian Open. His Aussie teammate, Sam Groth, is appearing at his last Australian Open, and Hewitt has decided to join him for ‘a bit of fun’.

The 106th edition of first Grand Slam of the year is scheduled from January 15-28 at Melbourne Park.

With Hewitt and Groth representing the old guard, there are also a few newish faces in the singles that will capture punters’ interest. Alex De Minaur is only 18, but he already has one Australian Open under his belt, after receiving a discretionary wild card entry to the 2017 tournament.

He took a first-round victory over Austria’s Gerald Melzer from the experience, but for the 2018 tournament, he’s earned his place in the main draw with a stunning wild card playoff final. Despite a wonky third set, De Minaur came back to beat top seed Alex Bolt 6-2, 6-4, 6-7 (1-7), 6-1.

The dropped set was one of only two he lost in four matches, so it looks like he’ll go into the men’s singles in January ready to shake up some more experienced players.

Even younger than De Minaur at 17, Destanee Aiava could prove a force to be reckoned with in the women’s singles. She also debuted on a discretionary wild card in the 2017 Australian Open, thus becoming the first player born in the 21st Century to play in a Grand Slam.

She was knocked out in the first round by Germany’s Mona Barthel, but she was looking imperious in the wild card playoff finals last week, dispatching Tammi Patterson with a commanding 6-4,6-0.

The win came just a week after Aiava lost the Australian under-18 Championship to Jaimee Fourlis, whose victory also qualified her for an Open wild card. So she’ll be another youngster punters will be watching closely in Melbourne.