Possible Delay to the Australian Open 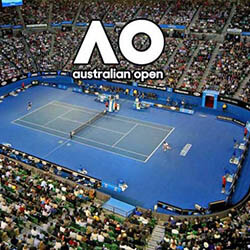 Novak Djokovic has stated that the Australian Open organisers may need to consider delaying the tournament’s first Grand Slam due to the haze from the raging bushfires the country is experiencing being an issue for players’ health.

The first game is set to begin on the 20th of January 2020 at Melbourne Park, but the city is experiencing severely compromised air quality due to the fires. As President of the ATP Players’ Council, Djokovic said that while postponement would be the last resort, it might well be a necessary one.

The fire has been causing havoc on the continent since breaking out on the Yorke Peninsula in November last year. It has burned over six million hectares as of January 2020, destroyed almost 3 000 buildings and taken the lives of 25 people.

Last week Tennis officials took the striking decision to move the Canberra International, an ATP Challenger 125 event as well as the Women’s IFG World Tennis Tour, which serves as a stepping-stone to the full set of matches. They stated that play would have been impossible in the capital seeing as it’s choked with smoke, and the Canberra International is now unfolding at Bendigo in Victoria.

Djokovic has said that while he has got some experience with less-than-ideal air quality from playing tournaments in China, the Australian fires have created a truly remarkable situation. The Serbian star says that although he has not personally spoken to Craig Tiley, Chief Executive Officer of Tennis Australia, members of his team have made contact.

Novak Djokovic wants to play in the 2022 Australian Open. This according to tournament director Craig Tiley, who revealed on Wednesday that a small number of players would be permitted ….

Tennis New Zealand has declared itself in search of a new Davis Cup captain to take over the reigns from 2022. Holding the role since 2013 has been Alistair Hunt. ….

Disastrous new for players and Australian Open tournament organisers alike is the news that Rafa Nadal has returned a positive test result. The result could very well throw his participation ….