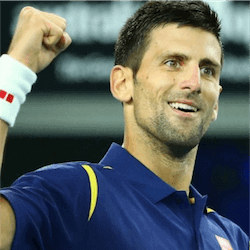 WTA fans hoping for great betting thrills at this week’s 2017 Qatar Ladies Open, or the Qatar Total Open as it is now known, are not getting the feast of women’s tennis stars they hoped for. The 15th edition of the WTA Premier series event on the hard courts of Doha’s Khalifa International Tennis and Squash Complex, which began final qualifiers on Sunday, initially boasted a strong field.

The biggest casualty of a spate of injuries was the tournament sixth seed, Russia’s Svetlana Kuznetsova. The World No. 8 and 2009 French Open champion withdrew last week with an abdominal injury. Defending 2016 champion Carla Suarez Navarro, the Spanish World No. 14, was the next to pull out, citing the shoulder injury that has niggled through her two previous outings.

British World No. 10 Johanna Konta also withdrew early this month, admitting she was suffering from fatigue and physical strain after the Australian Open. Following her Fed Cup heroics for Great Britain last week, she is taking a break.

The normally reliable Doha weather, where heat exhaustion is a greater danger than rain, has not been cooperating. The past two weeks have seen unseasonal thunderstorms and record cold temperatures as low as 1.5 degrees in Qatar. Sunday’s qualifiers and Monday’s first round were severely affected, and Tuesday was rained out by torrential downpours before any of the delayed matches could be completed.

None of the top seeds played their first matches until Wednesday, making for rather terse tournament viewing, especially for those who had bought tickets. In the end, Novak Djokovic was victorious, beating Andy Murray to claim the trophy, but it’s almost certain the 2017 Qatar Open will go down in memory as a tournament that struggled to get off the ground.