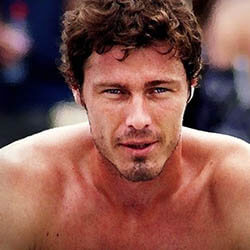 Marat Safin is a Russian politician and retired professional Tennis player who claimed the No. 1 Singles ranking in November 2000. He was able to mitigate his on-court volatility and the ensuing theatrics to go on to win two Grand Slam titles. Set to return to Australia for the ATP Cup as captain for Russia, Safin spoke out about the issues that Nick Kyrgios is facing and expressed his hopes for a player he relates to keenly.

He said that he knows it’s a sensitive topic and he is not being judgmental in the slightest but word on the street is that Kyrgios could easily become a Top 10 player if he starts taking his game more seriously. Safin said that he feels Kyrgios deals with his insecurities by playing the fool and that he needs to step up to the plate instead and stop diverting attention from his very real skills.

The Russians are set to play their Pool Rounds in Perth while Kyrgios partners with Alex de Minaur in the first Team events in Brisbane. The finals are set to take place in Sydney on Sunday the 15th of November next year.

Kyrgios will be playing under the threat of a 16-week ban and a fine of $37 000 if he breaks certain conditions after several incidents in 2019. Currently ranked at No. 30, he’s placed as high as No. 13 in the past, but his inconsistency, behaviour on the court, and application have had a very negative impact on his career.