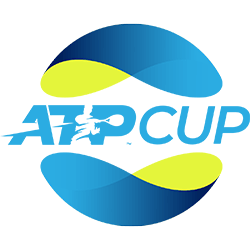 Novak Djokovic, 2020’s ATP Cup champion, and his runner-up Rafael Nadal will be returning for the men’s team tennis event that will open the season the 1st of February 2021. But the United States of America will not be taking part due to a change in the tournament’s format. This has reduced the field by 50%.

On the 20th of January 2021, the draw will be held and the competing teams will be divided into four groups. After that, each round-robin winner will go through to the semi-finals.

Qualifications for the ATP Cup stem from each country’s Top Player ranking. Australia got through on the wildcard entry and will join the likes of Argentina, Austria, Germany, Greece, and Russia, amongst others. According to the ATP Stats Leaderboards, the Serve Leader is John Isner, the Return Leader is Rafael Nadal, and the Under Pressure Leader is Novak Djokovic.