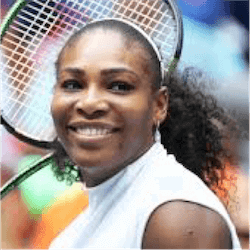 Serena Williams has only been a mother for four months, so it says a lot about the insane requirements of modern celebrity culture that anyone was expecting her to defend her 2017 Australian Open singles title, won while she was 20 weeks pregnant, in the first place.

The seven-Aussie Open and 23-Grand Slams great has announced her withdrawal from the Grand Slam season opener scheduled for January 15-28 at Melbourne Park, for the understandable reason, as an athlete, that there’s no point if her body isn’t yet ready to ‘go all the way’.

Although she returned to tennis in an exhibition match in Abu Dhabi on December 30, her 2-6, 6-3, (5-10) loss to 2017 French Open singles winner Jelena Ostapenko convinced her that she’s not ready for competition just yet, she said in a statement on January 4.

No doubt Aussie sports betting fans will join the tennis titan’s social media fans in applauding her decision to put self-care before the demands of career, money or fame.

But while wishing her and her family all the best in the world, and being careful not to mummy-shame or infant-blame, from a punter’s point of view, it’s a blow to the betting bounty. Or is it?

There’s no denying that injury is winnowing this year’s Open field considerably. Svetlana Kuznetsova is also out with a wrist injury. In the men’s singles, Andy Murray’s hip and Kei Nishikori’s wrist have ruled them out too.

Victoria Azarenka is still enmeshed in a custody battle that makes it difficult for her to leave the USA, and both Stan Wawrinka and Rafael Nadal may not yet be fully recovered from their knee injuries.

Then there’s Novak Djokovic, who has to see how his elbow holds up in two pre-tournament exhibition matches before he commits to the Open, so all four of those stars may be absent from the line-up on January 15, with Jack Sock, Caroline Garcia and Garbine Muguruza iffy as well.

Tournament Could Be Wide Open

The upside, for punters, is that the Open could go two ways this year. Top seeds Roger Federer and Simona Halep may walk it, or it could turn into a year of epic upsets. Betting enthusiasts will be praying for the latter.