Sloane Stephens Opens Up About Abuse 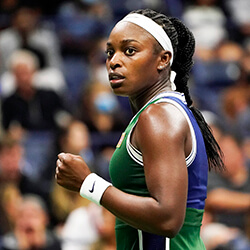 2017 US Open winner Sloane Stephens on Saturday opened up about the over 2,000 messages of abuse she says she received after Friday’s defeat to Angelique Kerber during her third round of the tournament.

The 28-year-old revealed the abuse in a post on Instagram, saying the bulk of the messages received had been driven by racism and/or sexism. She added that while she preferred to post stories of happiness on her social media account, what she had received on the weekend had been everything but “smiles and roses”.

Stephens, who at a stage ranked as high as world No. 3 on the WTA rankings, said the plan is now to focus on staying positive and confident, as this will enable her to finish the tennis year on a high note.

The American entered this year’s US Open ranked as far down as 66th – this despite her reaching the third round at Wimbledon and the final 16 at the French Open.

As for her reaction to the showering of negative and abusive messages received on social media, Sloane said that while she remains only human and obviously affected to at least some extent by the negativity and racism, her mindset is no longer the sort to buckle under a fear of judgement. She’s moved on from all of that and now knows that being the talk of the town never lasts for very long before people move onto something or someone else, explained the US Open star.