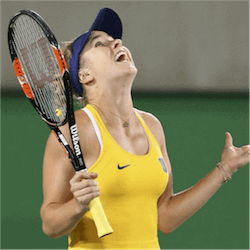 Australian tennis fans still have most of their focus on the Australian Open and the tournaments leading up to it right now, but there is yet more women’s tennis action awaiting punters at the end of the month. The WTA Taiwan Open, which debuted last year in Kaohsiung’s Yang-Ming Tennis Centre, proved so successful that this year’s tournament will be held in the nation’s capital, in the 10,000-seat Taipei Arena.

Final qualifiers will start in Taipei on January 28, and the 2017 Taiwan Open proper will commence on January 30, to run until February 05. It is too early to know the final draws for this year’s championship, but this year’s field in the singles, at least, is even stronger than last year. With six Top-50 players confirmed, Australia’s sports betting enthusiasts can look forward to plenty of quality tennis worth a punt or two.

The reigning singles champion is US tennis legend Venus Williams, who won the first Taiwan Open final 6-4 6-2 against Japan’s Misaki Doi. She isn’t scheduled to be back to defend her title, however, so Doi, currently on her highest ranking to date at Number 40 on the WTA singles ladder, could well get a second bite at the cherry.

But Ukrainian Elina Svitolina, at Number 14, the highest-ranked player so far confirmed for the 2017 singles draw, is an obstacle that Doi will have to overcome if she wants the championship. Other top seeds to look out for will be France’s Caroline Garcia, currently at Number 24, and Latvia’s Anastasija Sevastova at Number 34.

However, we should never rule out Jelena Jankovic; even though she’s now ranked at Number 54, the 31-year-old Serbian great did make it all the way to Number 1 in 2009. With 15 WTA and 2 ITF titles under her belt, she’s always a force to be reckoned with.

As regards the doubles section of the 2017 Taiwan Open, all we can be sure of right now is that Taiwanese sisters Hao-Ching and Yung-Jan Chan are confirmed in the draw. So they will definitely be back to defend the title they won last year.

Ranked at Number 14, it looks like the Chan sisters’ big competition could come from Caroline Garcia and Kristina Mladenovic, if Mladenovic is confirmed to play in the tournament. The French pair won the 2016 French Open, and are currently ranked Number 2 on the WTA women’s doubles table.