TA Latest to Support Merger Between ATP and WTA 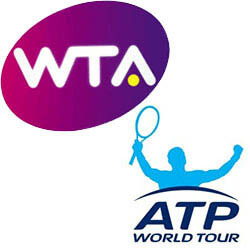 Tennis Australia has joined the ranks of the American former World No. 1 Professional Tennis player Billie Jean King in backing the possible merger of the Association of Tennis Professionals  and Women’s Tennis Association governing bodies. Should it go through, it will truly be a milestone in the history of the sport.

The idea was born in the wake of the novel coronavirus COVID-19 pandemic’s effect on the world of Tennis. One of the main concerns that has arisen after several Tours got suspended was how lower-ranked players who rely on winnings to survive financially will fare.

Even Roger Federer has joined the fray. He tweeted that he wondered if now was a good time for Men and Women’s organisations to unite. Rafael Nadal, longtime rival of the World No. 4, added his support alongside that of a plethora of athletes who argue that the governing bodies coming together just makes financial and organisational sense.

Chief Executive Officer of TA Craig Tiley asked if, by bringing seven governing bodies together, a better future could be brokered that puts more money into the system because its value increases when the male and female games are combined.

Tiley said that this move would present an excellent opportunity to leverage each asset off the success of the other. He explained that everyone would benefit if this merger goes through in a way that has simply never been seen before and added that lower-ranked athletes would have the most to gain.