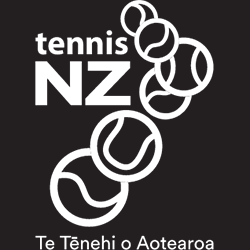 Tennis New Zealand has declared itself in search of a new Davis Cup captain to take over the reigns from 2022.

Holding the role since 2013 has been Alistair Hunt. However, this year’s tie against South Korea saw Tennis NZ high performance director Christophe Lambert taking over the responsibilities of filling in.

New Zealand’s next Davis Cup tie has been scheduled against Uruguay in March next year. Tennis NZ has said the ideal is to have someone in place in a more permanent capacity by then.

According to Tennis NZ CEO Julie Paterson, Hunt’s contract finished already at the end of December 2019. It was later extended for the March tie against Venezuela, she explained.

Paterson said the captain’s role had traditionally been funded for only a short period of time – for example the week leading into a tie. She said the goal going forward is to extend such funding so as to allow NZ’s Davis Cup captain to spend more time with the athletes and attend some tournaments throughout the course of the year.

The tennis CEO said she had no idea whether Hunt would be making himself available for re-election.

Paterson also said New Zealand will not be following the same model as that of Tennis Australia by fully embracing Universal Tennis Rating for competitive tennis played in the country. Instead, Tennis New Zealand will be used the World Tennis Number system, which is a new rating system about to be rolled out by the International Tennis Federation (ITF).