Tsonga Bows Out of Australian Open 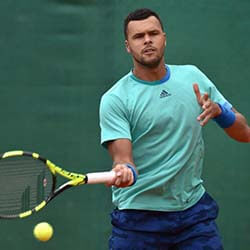 Roger Federer is not the only world-class Tennis player not featuring in the 2021 Australian Open. France’s Jo-Wilfried Tsonga is withdrawing as well after he failed to fully recover from a lower back injury he sustained in January 2020. In fact, that’s the last time the 35-year-old played. He retired from his match at Melbourne Park in the first round after trailing behind Alexei Popyrin 6-7(5) 6-2 6-1.

The 2008 Melbourne finalist announced the sad news via social media, indicating that, although he has made great progress, he is still not up to par. He revealed that his decision to forego the tournament is in line with directives from his medical team. And Tsonga thanked Tennis Australia in his post, acknowledging the Association of Tennis Professionals’ fight to keep the game alive in these trying times too.

Australia’s strict border rules in light of the ongoing novel coronavirus COVID-19 situation has seen 2021’s first Grand Slam delayed by three weeks. Instead of the initial January 18 start, we will be watching the world’s finest compete from the 8th of February 2021.

Although Tsonga has previously ranked as No. 5 in the world, he has currently dropped down to No. 62. The gifted player has totalled over US$22 million in prize money over the years and has gone on the record as saying that one of his greatest-ever regrets is his spectacular loss to Novak Djokovic in the Australian Open’s Men’s Final in 2008.