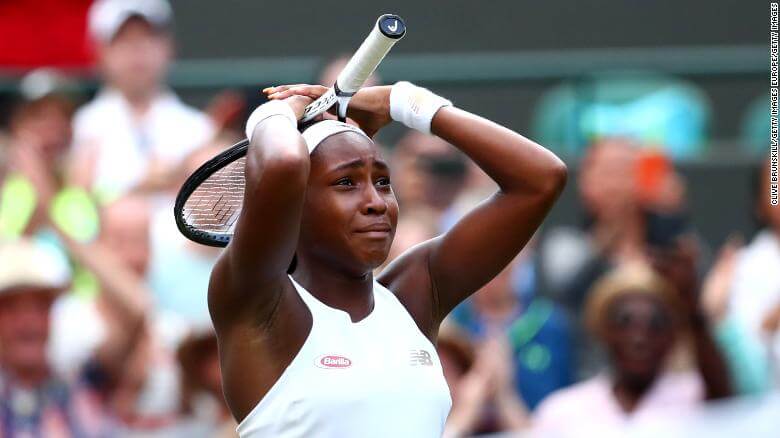 Cori Gauff, a fifteen-year-old American player recently caused a major upset while playing in Wimbledon after she beat five time champion Venus Williams during the first round. Gauff, who is 313th in the world, beat Williams, 24 years her senior, 6-4 6-4. Williams had won four Grand Slam titles, two of which came from Wimbledon, before Gauff was born.

Talking about her victory, Gauff told reporters that it was the first time that she had ever cried after winning a match, who had previous said that Venus and her sister Serena were her idols. She added that she had to tell herself to stay calm throughout, and that she had to remind herself that the lines are the same lines, and that after every point she won she forced herself to remain calm.

Gauff will next be taking on Slovakia’s Magdalena Rybarikova, who is 15 years older than her, for the second round of the event. Williams had turned professional a decade before her opponent was born, making Gauff the youngest player to qualify for the main Wimbledon draw since the Open era started in 1968.

In the beginning stages of the match, Gauff had initially struggled to make returns on Williams’ serves, but she soon impressed the audience with some powerful serves of her own. It marks the second time that Williams had been beaten during a first rounds at Wimbledon since her debut in 1997, with Williams remarking that Gauff’s future is bright.