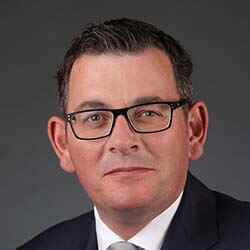 Victoria Premier Daniel Andrews is under fire for permitting international tennis stars to make their way into the state for the upcoming Australian Open while at the same time denying actual residents effectively trapped in New South Wales’ so-called “red zones” re-entry. A lot of rap has come from the corner of Qantas CEO Alan Joyce, who said Andrews as well as the entire Victorian government were guilty of a massive disservice to their own people.

Joyce said allowing players into the state from regions where infections are “raging” and mutant strains are surfacing on a nearly daily basis, is an act of disservice and irresponsibility. Over 1,200 players, match officials, and general support staff have started entering managed isolation in the country for tennis’ first Grand Slam of 2021.

The Qantas CEO wanted to know from Andrews and his government why it’s being deemed possible to allow international players into the state, but not actual Victorians currently trapped in areas regarded as “low risk” according to international standards. Joyce also said that allowing more than a thousand foreigners into the state while at the same time refusing entry to people who call the state their home is both bizarre as well as socially devastating.

Andrews has in the meantime tried to explain away his administration’s decision to allow a mass of foreigners in while refusing entry to actual residents by saying that if the Australian Open had not been hosted by Melbourne, that privilege would have gone to someone else. Melbourne desperately needs the economic boosts created by the annual event, said Andrews.