Williams Back In World’s Top 30 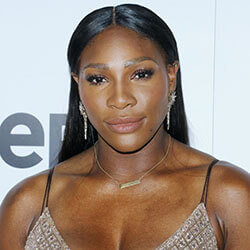 Serena Williams has proven herself once again as a uniquely talented player after rising from world rank of 153rd to 28th overall after reaching the finals for Wimbledon this season. The remarkable part of her rise to the top 30 is due to the fact that Williams was absent from the sport for 10 months after giving birth to her first daughter.

Britain’s Johanna Konta’s performance has not been at the same level, as the player has since dropped to 50th in the WTA rankings. Konta, who is 27-years-old, managed to reach the Wimbledon semi-finals during last year’s season, and attained a ranking as high as 4th in the world charts. Konta first entered this year’s competition ranked at 24th thanks to a poor run of form performance in previous games, and her recent loss to Dominika Cibulkova has dropped her rank ever further, which now sits at 50th.

Williams’ only major loss this season was to Angelique Gerber during Williams’ fourth tournament since her long absence, but the loss was significant enough that the American player missed out on her chance at 24th Grand Slam title, which would have been a new record for the player as well as in the tournament.

On the men’s side, Kyle Edmund is currently ranked number one, and is on a career high of 16th. This is despite his loss against champion Novak Djokovic in the third round of this year’s Wimbledon games.