Williams Told To Retire Because Of Weight 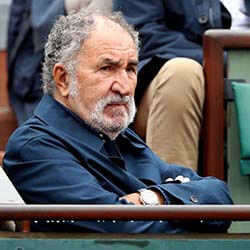 Madrid Open owner and former Olympic tennis ace Ion Tiriac has been called out for being sexist as well as racist by the husband of US tennis star Serena Williams.

Alexis Ohanian recently told Tiriac off in spectacular fashion after the billionaire said on Romanian TV that if Williams had only but a little decency – owing to her age and current weight – she would retire from professional tennis. Tiriac also commented on how the American tennis legend simply isn’t able to move as effortlessly as she did fifteen years ago.

The fact that he added that Williams remained a sensational player clearly did nothing to help Ohanian simmer down his rage to a boil. This isn’t at all surprising, especially when considering that the tennis player turned billionaire’s most recent derogatory remarks about the tennis star’s weight aren’t his first. Tiriac in 2018, when asked about his opinion regarding the state of women’s tennis at the time, struck out at Williams by making reference to her weighing in at 90kg at only 36 (years old).

Ohanian, who is one of the co-founders of Reddit, lashed out at the 81-year-old Romanian on Twitter, nothing that since he (Tiriac) had not a single Grand Slam title to his name, it would be reasonable to assume that no one gave “a damn” about his opinions. Ohanian also reprimanded a fellow Twitter user who had hinted at an attempt to defend Tiriac’s honour by urging them to keep on defending the “honour” of a sexist and racist joker.