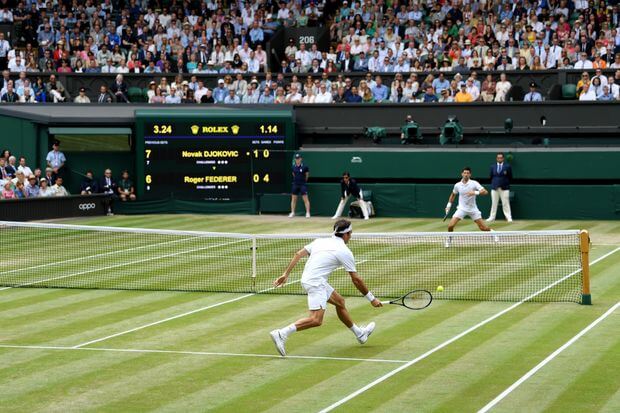 English tennis competition great Wimbledon has been hailed a “class act” the sporting world over after it announced its intentions of paying some £10 million ($AUD18 million) in prize money to those players who would have been competing in this year’s tournament had it not been for global mass cancellations of sports events and tournaments. A total of 620 players will benefit from the amazing show of goodwill.

As for how the generous donation will be distributed, it has since been announced by the All England Club that the proposed ratio will be calculated according to current world rankings of the qualifying players in question. A total of 224 players who would have competed in the competition’s qualifying matches will each receive $AUD18 million. Those players who were scheduled to feature in main-draw singles matches, will reportedly each receive $AUD45,400.

All England Club CEO Richard Lewis explained the decision by referring how difficult the most recent few months have been, and how taxing on the spirits and mental well-being of players due to the incredible uncertainty caused. Some of the players who now stand to benefit from the financial relief aid would have bargained on the competition for a much-needed income, said Lewis. By donating to those players, said Lewis, the tournament organisers hoped to show appreciation for the hard work so many players had put into a direct qualification berth.

Lewis said that the club is immensely pleased by being able to relieve the plight of deserving players.