WTA Suspends All Tournaments In China 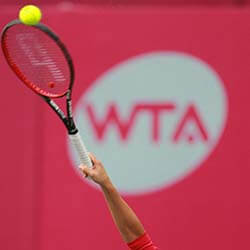 WTA boss Steve Simon has placed principle ahead of profit by announcing the suspension of all tournaments in China amid ongoing concerns over the safety of China’s Peng Shuai.

Speaking via a statement on Wednesday, Simon said all tournaments would be suspended with immediate effect. He also confirmed that the decision had been a fully supported one endorsed by the WTA’s board of directors.

Simon said he could not in “good conscience” ask athletes to compete in China while Shuai isn’t even permitted to speak freely. From her recent contact with the IOC, it appears as if she has been bullied into contradicting her allegation of sexual assault made against former Chinese vice-premier Zhang Gaoli. Simon added that he also feared for the safety of the WTA’s players and staff if indeed they were to compete in China in 2022.

The WTA’s decision was this week welcomed by several big tennis names who have been rallying for Shuai’s safety.

One such big name had been Billie Jean king, who said she wished to publicly applaud Simon and the WTA for taking such a solid stand against the violation of human rights in China. King said this commitment to players is the number one reason why women’s tennis is today a pioneer in women’s sports.

China’s state-owned media last month published a series of videos and photos in an attempt to portray Shuai as being alive and well and going about her daily activities in the country.