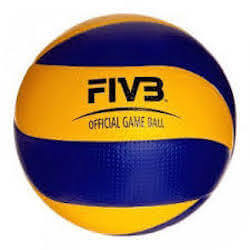 The 2017 FIVB Volleyball World League started on 2 June, and runs until 8 July. It’s the 28th edition of the FIVB’s richest international men’s tournament, involving teams from 36 nations playing in three groups. It’s a fairly complicated format, with a round-robin Intercontinental Round within each group until 25 June, followed by a Finals Round from 4-8 July for the overall championship.

The Intercontinental Round sees the 12 teams in Group 1 divided into nine pools of four over three weeks, with the pools shuffled every week. The same applies in Group 2, but Group 3’s 12 teams are divided into just six pools of four, so they will finish their Intercontinental rounds-robin this weekend. Each pool match comprises the best of five sets.

Australia is in Group 2, facing our stiffest competition from Slovenia, Slovakia, Turkey and China. The team managed just one win in the first week; a 3-2 victory over Portugal that was the only match in the pool, apart from Portugal’s 3-2 win over Japan, to require five sets.

However, Australia went down 3-1 to both Japan and Slovakia, while the European side managed a clean sweep, leaving Australia third in the Week 1 pool and fifth in Group 2. At the time of writing, the team was celebrating their first win of Week 2, a 3-0 sweep of China, while Slovakia suffered their first defeat of the tournament, also whitewashed 3-0 by Finland.

Australia Guaranteed an Intercontinental Round Final

Betting fans will be watching the rest of Week 2 and the Week 3 games with interest; Australia needs some solid wins to improve their current standing; with five points, they’re lying fifth on the Group 2 ladder: behind Slovenia and Slovakia on nine points each, and Turkey and China, also tied, on eight points.

However, South Korea, the Netherlands, Czech Republic, Finland and Japan are snapping at Aussie heels on four points each, so we could slip further down the Group 2 table before the end of the Intercontinental Round.

Luckily, Australia is hosting the Group 2 Final Rounds on 24-25 June at Gold Coast’s Carrara Indoor Stadium, and as such automatically qualifies. Nevertheless, the team will need to improve its form over the next two weeks to stand a chance of going further. They will face the three top teams from the group the Group 2 Finals, to determine who goes through to the 2017 FIVB Volleyball World League Finals in Week 6.