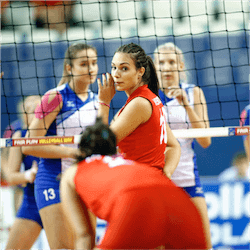 The convenience of online sports betting sites extends to the range of sports they have on offer. No matter how tiny or obscure the competition, Australians can take a punt on it online. So they aren’t restricted to the mainstream events, or only those that take place in large, rich countries.

The biennial Games of the Smaller States of Europe are a case in point. The tiny republic of San Marino, completely enclosed by Italy on the Adriatic coast, is both the world’s oldest sovereign state and its oldest constitutional republic. So it seems fitting that it was San Marino that first launched the GSSE in 1985, involving eight other European states. The Games give these nations a shot at a more evenly matched multi-discipline tournament, absent the powerhouse sporting nations that tend to dominate the Olympics.

This year saw the 17th holding of the GSSE from 29 May to 3 June, hosted for the third time in their history by San Marino. The GSSE Volleyball women’s competition was a hard-fought event, as athletes from San Marino, Andorra, Iceland, Liechtenstein, Luxembourg, Malta, Monaco and Montenegro battled to unseat the Cyprus women’s team from their regional dominance of the sport.

Although the Cyprus women’s team had an unimpressive GSSE record in 2015, taking no medals while Montenegro, Iceland, Liechtenstein, San Marino and Monaco triumphed, they remain one of the top threats in women’s volleyball in the region. This is borne out by their performance in the Small Countries Division of the biennial European Volleyball Championship: the Cyprus women’s team has been champion six times since 2001, and has won the last four tournaments consecutively.

This year at the GSSE, the Cyprus women were back on top form, keen to avenge their 2015 defeat. They managed it in fine style, taking gold in indoor volleyball, with hosts San Marino managing a silver and Luxembourg taking bronze.

In beach volleyball, San Marino’s Silvia Bulgarelli and Debora Pini proved too strong, and the Cyprus team of Mariota Angelopoulou and Manolina Konstantinou had to settle for silver, ahead of bronze medallists Magali Muratore and Caroline Revel Chion of Monaco.