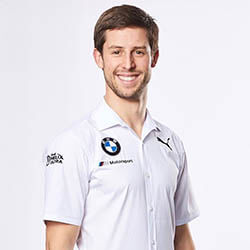 Alexander Sims claimed his very first Formula E victory during an otherwise incident-prone second race of the season, which took place in Saudi Arabia. The BMW I Andretti competitor was able to convert the pole position into a spot on the podium in a day that saw a number of collisions taking place on the difficult desert circuit located in Ad Diriyah. Sims claimed the pole in the first race the day before, despite Sam Bird ultimately winning that specific event.

Sims had finished in eighth place, and now leads the championship by eight points ahead of Stoffel Vandoorne and nine ahead of Briton Bird. Max Gunther, teammate to Sims, was the second driver over the line, but was given a penalty for overtaking two opponents while in the safety car, and was pushed down to eleventh place. This means that Lucas di Grassi was classified as second for Audi Sport Abt Schaeffler after he had an otherwise difficult performance. Vandoorne took third place, where he drove well for Mercedes, a team that made their debut at Formula E for the first time this season along with Porsche.

Bird, who won the first race, had retired from his Envision Virgin Race vehicle after some excellent overtakes that followed from a small issue with Mitch Evans. After losing some positions, he was pushed into the wall near Riyadh by Pascal Wehrlein, driving for Mahindra. Jean-Eric Vergne had a difficult and punishing race throughout.