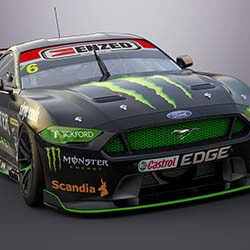 While the possibility of changes to the actual schedule remains on the table given the unpredictable nature of the global health crisis, Supercars this week said that there won’t be any significant changes to the sport’s Gen3 Supercar timeline. Supercars released a statement confirming same following a crucial meeting in Sydney on Tuesday.

The statement furthermore confirmed that the outcome of the meeting was one of a continuous working towards an effective implementation of Gen3 in 2022.

The meeting and statement sought to address recent concerns voiced about a lack of communication from Supercars regarding what the immediate future may hold, as well as the costs set to be incurred by the various teams.

Said concerns even went as far as voicing rumours and even suggestions about a possible postponement of the new prototype’s roll-out by as long as a year. Those concerns have however now – at least for the moment – been smoothed over by the decisions taken during Tuesday’s meeting.

This means the Gen3 prototype will likely be tested behind closed doors sometime later this year before finally making its debut at Bathurst 1000 next year.

Supercars late last year revealed some of the important features the new prototype is expected to sport – including increased road relevance, reduced costs, and an overall improved racing experience. In addition to the new prototype making its debut appearance next year, Supercars also confirmed at the time that the Camaro will be joining the grid from next year.