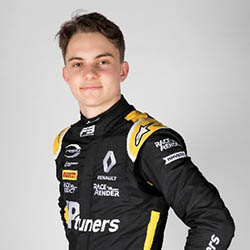 Young Australian driving sensation Oscar Piastri can be racing in Formula one by as early as 2023.  This according to a prediction wagered nine-time Grand Prix winner Mark Webber ahead of Piastri’s test-drive with car manufacturer Renault.

The ultimate goal, said Webber would be to have the young driver seated behind the wheel of a Formula One car within the next two years. And his isn’t a prediction in any way out of the blue. The young Aussie cemented his status as one of the country’s number one rising stars in the international motorsport arena by claiming the Formula 3 title in a nerve-wrecking finale at last months’ Tuscan Grand Prix.

Webber spoke of the young driver being in high demand among F2 teams. All things considered, said the motorsport veteran, seeing the 19-year-old Aussie compete in a Formula 1 race in 2023 is a perfectly realistic and fully attainable goal.

The industry veteran also briefly touched on the shifting dynamics currently seen in the competitive world of F1 racing. He expressed his dismay at the many “wealthy fathers” succeeding at buying teams for the inclusion of their children, but was quick to add that despite this not being at all helpful or conducive to the success of the sport in the long term, talent will hopefully continue to thrive and be discovered.

As for Piastri’s journey to prominence, his F1 test drive was legitimately earned by way of a reward extended to him following his Formula 3 slam-dunk win.