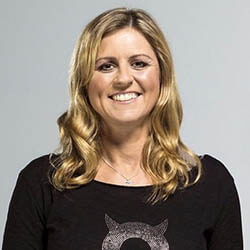 Former racing driver and Top Gear presenter, Sabine Schmitz, has died at the age of only 51.

The only woman ever to win the gruelling 24 Hours of Nürburgring, Schmitz revealed last year how she had been dealing with a very rare form of cancer since 2017.

German racetrack the Nürburgring revealed the tragic news in a recent statement paying tribute to the women’s racing great, saying the track had sadly most its most famous female race car driver. Schmitz first won the harrowing 24-hour Nürburgring in 1996, and then went on to repeat the glorious feat the following year.

The racing legend first joined Jeremy Clarkson on Top Gear in 2004, and then later became part of the official presenting team after Chris Evans revamped the popular programme in 2016. Widely known as the “Queen of Nürburgring”, Schmitz was considered a real driving legend by the world of motor racing.

Several prominent persons in the world of Formula One racing have since the news of her untimely passing been paying tribute the legend on social media. Formula One, too, paid tribute to the late Schmitz, describing her as an incredible woman and talent, and someone wonderful who always made everyone else laugh.

Also paying tribute to the life of Schmitz on social media this week had been former Top Gear co-presenter, Richard Hammond, who wrote that the “Ring” has lost its Queen, and that she will be tragically missed by everyone she’d touched during her lifetime.