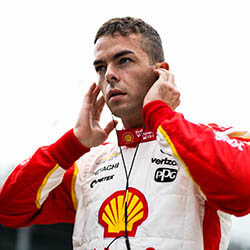 Former Virgin Australia Supercars competitor Scott McLaughlin has revealed that he has in place a three-year plan focused on dominating IndyCar. If everything goes according to plan, McLaughlin says he gets to look forward to becoming America’s next top motorsports dog.

Three years is according to the IndyCar driver the sort of time-frame for success suggested to him by  the president of Team Penske, Tim Cindrik. McLaughlin impressed the team with his performance in last week’s St. Petersburg event – this despite his having crashed out of the race during his IndyCar debut.  Even though the 27-year-old racer admits to having a whole lot left remaining to learn, he’s quick to add that he won’t be shying away from the challenge put before him by management.

McLaughlin only weeks ago saw his big American dream realised by getting selected by Team Penske following a third consecutive seasons-victory aced in his Australian motorsports career. He always intended to shift to the U.S., said McLaughlin of getting selected to ride for Team Penske, he just never knew whether he’d end up getting picked by a full-time deal.

McLaughlin is well-deserving of the selection. He’s spent the past 12 months preparing his body physically for meeting the demands of open-wheel racing at the highest level of the sport. The Kiwi-born Supercars star lost 11 kilograms since his initial IndyCar test at the beginning of the year.

The Supercars star’s move to the U.S. coincides with Team Penske’s own withdrawal from the world of Supercars and from the team’s former partnership alongside Dick Johnson Racing.