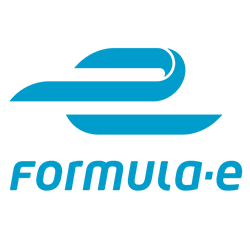 It has been confirmed that Formula E will become an FIA world championship from the beginning of the 2020-21 season. The single seater series will be joining the World Endurance, Formula 1, World Rally, and World Rallycross championships after having been given the elevated status by the governing body. The announcement follows on from Formula E having fulfilled the necessary requirements to be given the world championship status, including four manufacturing competitors, and races on three continents, since the beginning of its second season. The delay in earning the grade was related to the much higher fees that are associated with the upgrade.

Members from the FIA’s World Motor Sport Council had voted in approval of the decision in a recent meeting, and Formula E chairman and founder Alejandro Agag, along with FIA president Jean Todt had finalised their agreement during meetings at the governing body’s headquarters, located in Paris.

Talking about their new decision, Todt stated that the creation and growth of the Formula E series has been an adventure for him, and that he was proud to confirm that they had earned the FIA world championship status. He continued, saying that within a short frame of time, the series was able to prove itself as relevant within the motorsport industry with two or more major manufacturers having joined during the start of the current season, which increased the total to 10. Agag added that it had always been a part of their ambition for Formula E.