Get Up to Speed on the Pennzoil 400 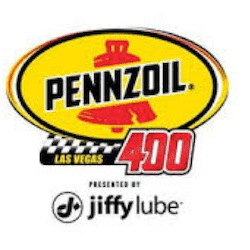 March 4, 2018 brought the 21st edition of the Pennzoil 400 in Las Vegas. For punters unfamiliar with NASCAR, here’s the trivia you need to get up to speed:

The Pennzoil 400 has been part of the NASCAR Cup Series since its inauguration on March 1, 1998, when it was won by Mark Martin driving a Ford for Roush Racing. It has been held in March every year since, except in 2010, when it was brought forward to February 28.

The Las Vegas Motor Speedway, refurbished as a superspeedway track to the tune of US$72-million in 1996, hosts the Pennzoil 400. Stock-car racing is all about speed, so there are none of the tight corners and tricky chicanes of Formula 1 – it’s a typical NASCAR oval track, with four corners.

Winner Gets a Belt, Vegas-Style

Vegas is known worldwide for two things: casino gambling, and top-of-the-bill prize fights. In keeping with that tradition, the winner of the Pennzoil 400 doesn’t get the usual trophy; instead it’s a big, shiny championship belt, prize fighter-style.

The 2017 Pennzoil 400 was won by Martin Truex, driving a Toyota for Furniture Row Racing. It was the first Pennzoil 400 win for both driver and team.

Seven-time Monster Energy Nascar Cup Series winner Jimmie Johnson is also the king of the Pennzoil 400. The Californian won the race back-to-back in 2005, 2006 and 2007, and then did it again in 2010. He was in a Chevy, driving for Hendrick Motorsports, every time.

Roush Racing started off with three team wins in the opening three years of the competition, all in Fords. Mark Martin won in 1998, followed by Jeff Burton in 1999 and 2000. Then Mark Kenseth took back-to-back wins for the team again in 2003 and 2004.

The team got its first win as Roush Fenway Racing in 2008, thanks to Carl Edwards, who did it again in a Roush Fenway Ford in 2011. That’s seven championships overall – their nearest rival is Hendrik Motorsports on five; four courtesy of Jimmie Johnson, and the other won by Jeff Gordon in 2001.