W Series To Take Place In Russia and Sweden 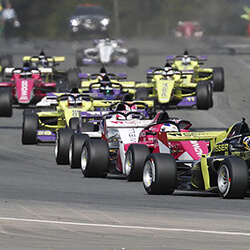 The W Series will begin its second season in two new locations, Russian and Sweden, after the organisation announced its 2020 calendar of six racers so far. The competition, which features only women drivers, will begin at the new Igora Drive Circuit, located in Petersburg, at the end of May next year. Sweden’s Anderstor Raceway, which was has hosted F1’s Swedish Grand Prix in the 1970s, is set to be the second location that the drivers head to. British Jamie Chadwick will be the driver to beat as she returns to defend her winning title.

The 2019 races of Hockenheim in Germany and Zolder in Belgium have since been dropped from the calendar, while the Italian circuit has been switched from the Adriatic Coast in Misano to the historic F1 track of Monza. Norisring in Germany, Assen in the Netherlands, and Brands Hatch in the UK have all remained on the racing calender, and will take place in July, August, and September. The series will continue to be a support race to the German touring car series, DTM, with drivers now given the chance to earn points toward their ‘super licence’, which is required to take part in Formula 1 events.

Dave Ryan, Race Director of the W Series, has stated that DTM drivers who have taken part in Igora Drive have given their compliments about the circuit, having described it as both fast and technical, with plenty of twists and turns.