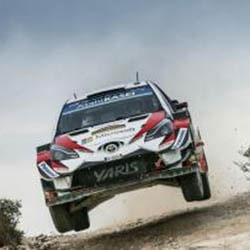 The finale for the World Rally Championship that had been set to take place in Australia has been cancelled due to the concern of the terrible fires that are plaguing the area northeast of New South Wales. Organisers for the event had initially proposed that they make a revised, shortened route for the last round of the championship. But the decision was taken later to instead completely abort the race as the region prepared for the extreme wild fires that have been spreading rapidly. Hundreds of schools have also been closed, and residents have been told o evacuate the local woodlands as overt 50 fires have spread across NSW with the provincial government declaring a state of emergency.

Rally Australia chairman Andrew Papadopoules stated that cancellation of the final was the only course that was available to them, and that it had been important to consider the safety of the more than 1000 people who had been involved in the event. This included officials, competitors, as well as in support roles for the event that was meant to kick off soon.

Talking to reporters, Papadopoules said that it was not appropriate to conduct the rally, and that their thoughts are with the NSW community, especially those that have lost loved ones and homes because of the dangerous fires. The cancellation could mean Northern NSW has hosted the event for the very last time, with New Zealand replacing Australia on the calendar for next year.