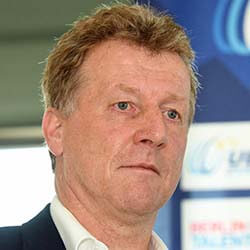 German Cycling Federation sporting director Patrick Moster has been ordered to leave Tokyo and the Games and return home to Germany following a racial slur incident during an Olympic time trial event.

Moster got caught shouting, “Get the camel drivers!” by a microphone during Wednesday’s men’s time trial cycling event. He was at the time egging on German rider Nikias Arndt, who later said he had been “appalled” by his coach’s choice of words. Arndt criticized the comments while describing Moster’s choice of words as completely unacceptable. He (Arndt) had at the time been chasing riders from Eritrea and Algeria.

Although Moster later apologised for his racially charged choice of words, the German cycling team announced on Thursday that a meeting during which the incident and its consequences had been discussed had led to the decision to send him home. German Olympic Sports Confederation president Alfons Hörmann has however in the meantime said the team remains of the opinion that Moster’s public apology was in fact sincere.

Moster said in a public apology on Wednesday that he had uttered an inappropriate choice of words in the pressurised heat of the moment and that he was sorry for what had happened. He said he could only offer his heartfelt apology for the words spoken in haste and poor form.

Moster isn’t the only member of the German cycling team to have recently come under fire. Hörmann, too, recently faced his own spate of criticism after allegations surfaced about his heading up a poisonous culture in the workplace. He will reportedly not be running for a new term in office.