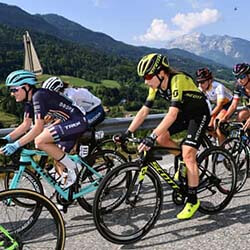 Tour de France organiser Christian Prudhomme has reportedly revealed to The Guardian Australia that a women’s race will be competed in 2022, and that said race will be held directly after the men’s Tour. More details will apparently be confirmed later this year, in October, during the men’s usual timeslot.

Prudhomme said a women’s event would have been staged this year already but that the plan was derailed by the global health crisis. He said that the decision to host a women’s Tour next year – a Tour de France femmes – has however now been taken.

While Prudhomme revealed no further details regarding a route or length for the women’s race, he confirmed that the race will have its very own identity. He added that the upcoming Tour de France femmes must learn from the failures of the past, being from the women’s races staged between 1984 and 1989, while adding that the biggest reason for the failure to continue had been economical inequality between the men’s and women’s events.

Prudhomme said that to this end, it’s crucially important that the women’s event be staged directly after the men’s Tour, as this will hopefully mean that major sports channels will broadcast the women’s event as well. He added that the main positive about women’s cycling was that the need for 50 intensely steep climbs isn’t quite as pressing as with the men’s competition. He said this made it considerably easier to organise a women’s Tour as opposed to a men’s Tour.