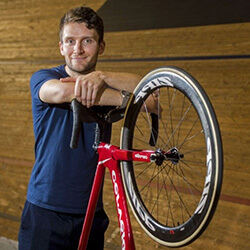 Great British Olympic champion Callum Skinner has announced his retirement from the elite cycling world. The 26 year old has stated that he has since quit the track, and will be turning his focus to improving the working conditions and rights of all athletes.

Skinner’s most notable achievements come in the form of a team spring golf and sprint silver during his time at the 2016 Rio Games. Talking about his leaving, Skinner said that cycling was his first love and it was the ideal way for him to focus on achieving great things, but now he is looking for a new challenge in the next Olympics.

Skinner represented Scotland while participating in last year’s Commonwealth Games, and won bronze in the 1km time trial at Australia’s Gold Coast. He has also said that he was targeting the Tokyo 2020 games after he took some time last summer, but his recent announcement sees him stepping away from the track permanently. Adding to his statement, he said that he appreciates that 26 might be too young to be moving away from the track, but that he never considered himself only an athlete, adding that he felt that he was more than just that.

Julie Harrington, British Cycling’s chief executive, has said that Callum has done Great Britain and Scotland proud for his achievements in cycling, winning medals on the international stage, and playing a part in inspiring more people to take the sport in the future.