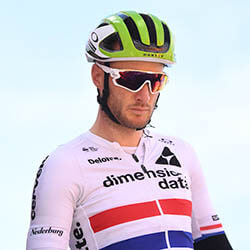 Olympic silver medal winner Steve Cummings has announced his permanent retirement from the world of professional cycling. The 39 year old was a part of the British quarter that claimed a silver medal in the 2004 Olympics, and then went on to win gold for the same event at the 2006 Commonwealth Games that took place in Melbourne. The rider also won stages at the Tour De France for both 2015 and 2016.

Cummings’ final season saw him sustain a number of injuries during his time with Team Dimension Data, which had ended when he crashed while riding in the Tour of Britain. His collision saw the accident take place during stage five not far from his home in Wirral, where he received multiple broken vertebrae from the collision. Talking to reporters, Cummings said that he would have liked to be able to ride for another season, but that he found limited opportunity after the end of NTT Pro Cycling, who were former Dimension Data team, announcing that he would no longer be part of their line-up.

The former Team Sky participant won a stage for the Vuelta e Espana in 2012 and in 2015, where he run for MTN-Qhubeka, a team based in South Africa. He claimed another victory on stage 14 while riding in the Tour de France to Mende that took place on Nelson Mandela Day, and in 2017 he became a double British national champion thanks to two victories.