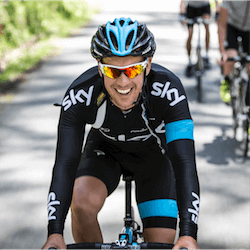 The 2017 Tour de France is still a month away, but punters are already showing some strong preferences at online betting sites. Reigning champion Chris Froome, of Team Sky, is the current favourite at even money.

But the British road racer faces plenty of challengers in this year’s race, including Australia’s top cycling talent at the moment, Richie Porte of the US/Swiss-based BMC Racing Team. He is being offered at $5.00, with Movistar’s Nairo Quintana close behind him at $5.50. The Colombian’s odds for the Tour de France improved after he finished second in the general classification of the 2017 Giro d’Italia last month.

Punters will get another chance to assess Porte’s current form before the Tour starts, in the Criterium de Dauphine that is about to start in Saint-Etienne. Neither Froome nor Quintana have another race scheduled before the Tour.

Time Trial in Dusseldorf to Start

London was meant to be the venue for the Grand Depart this year, but the city pulled out over the cost of hosting their third start to the Tour. Instead, the first stages of the race will now take place in Dusseldorf. It’s the fourth time Germany has hosted the start, and the first since 1987.

This year marks the 104th edition of the Tour, which has been run annually, apart from two five-year hiatuses during the World Wars, since 1903. It’s the oldest major cycle race in the world, and the second grand tour event each year, bracketed by the Giro in May and the Vuelta a Espana in August/September.

New Variations in the Route

The organisers of the Tour de France switch the route up every year to keep things interesting, and this year there are 21 stages covering 3,540km overall. There are two individual time trials; Stage 1 in Dusseldorf on 1 July, and Stage 20 in Marseille on 22 July. The other stages are all divided into four types: flat, hilly, medium-mountain and mountain stages.

Generally speaking, Porte and the other challengers for Froome’s crown will face fewer uphills than last year along the 2017 route, but they will be steeper. The race ends with a final 103km flat stage from Montgeron to the Champs-Elysees in Paris on 23 July.