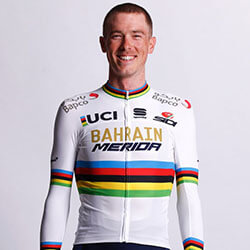 World individual time trial champion Rohan Dennis will be joining Team Ineos as part of a two-year contract that he and the team recently signed. The cyclist’s contract with Bahrain-Merida was terminated a year early in September, just before he was able to retain his title during the World Championships that took place in Yorkshire. The 29-year-old athlete is set to debut with Team Ineos when he returns home to Australia for early next year.

Talking about his new contract, Dennis said that it had been a dream of his since he turned professional, and that he already feels a connection to the team. He added that his new team believes in time trialling, which is something that he is passionate about. The cyclist had abandoned the Tour de France this year on stage 12, just a day before the individual time trial that he had been the favourite to win, reportedly due to a dispute between him and his previous team regarding equipment.

A few days after Dennis had won the world time trial title during his time in Harrogate, his previous team, who are set to become Bahrain-McLaren in 2020, announced that they would be terminating his contract that month. Dennis did not make use of Merida bikes during the Road World Championships, and instead used a blacked-out bike that appeared to be part of the BMC brand of his former team, who become CCC since the event.