Terpstra Rides To Paris-Roubaix In Style 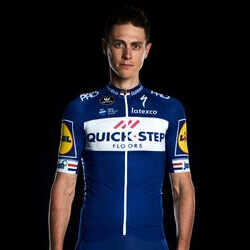 Dutch rider Niki Terpstra claimed himself a very impressive solo victory over the weekend and can now add the Tour of Flanders title to his 2014 Paris-Roubaix win. It was his second triumph in a Monument Classic and he’s expressed just how delighted he is with his performance.

At 28km’s from the finish line Terpstra pulled away from the Quick Step Floors team and gave himself a massive lead. He remained almost unchallenged the whole way to the end and he happily whizzed past 3 of the breakaway riders who were all hoping for victory. He nailed he intimidating Oude Kwaremont and reached the finish line with dust all over is face, and what was clearly an amazing feeling of self-accomplishment. He conquered the 2.2km cobbled finishing stretch that has a gradient of 4.2% and simply never looked back.

In second place was Denmark’s Mads Petersen, and in 3rd was the 2017 winner, Philippe Gilbert, a Belgium rider who was one of this years favourites, and a team mate of Terpstra’s.

When asked about his win, Terpstra said that he used his tactical knowledge and drew from his team’s strength to secure a win, but that although it may have looked easy, he really gave it his all. He was challenged by a few riders with 40kms to go, but once he hit the final stretch he was home free, and this gave him the confidence to really push his limits and secure his spot at the top.