Thrills and Spills in Giro d’Italia 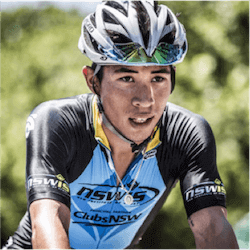 Monday’s second rest day in the Giro d’Italia could not have come at a better time for the riders. Many were still recovering from the horrific crash in Sunday’s Stage 9 that saw one rider out of the race, and one of the leaders suffer a devastating loss of time.

The Stage 9 casualty is Dutch cyclist Wilco Kelderman, riding for Team Sunweb. Just 15km from the end of the 149km trek from Montenero di Bisaccia, as the peleton began the final climb into Blockhaus, Kelderman collided with a stationary police motorcycle at the side of the road.

He went down, breaking a finger, and several other riders in the peleton crashed into him in a chaotic pile-up. It’s the same finger that Kelderman broke at Strade Bianche in March this year, and he will now require another surgery and four-to-six weeks in which to recover.

Although he wasn’t injured, Welsh rider Geraint Thomas was devastated by the crash. The Team Sky co-captain started Stage 9 second overall, but the time he lost in the pile-up saw him end the stage more than five minutes behind the new holder of the Maglia Rosa, Colombian Nairo Quintana, riding for Movistar.

Thomas was vocally upset at the finish, questioning the professionalism of the race, if factors like an unattended motorbike could be allowed to affect riders’ chances. Kelderman’s Dutch teammate, Tom Dumoulin, was also gutted by the accident, despite his third-place finish in the stage.

The second week of the Corsa Rosa wasn’t all doom and gloom for Australian punters, however. They got to see 22-year-old Aussie Caleb Ewan, riding for Orica-Scott, take his first win in the Giro, in the 224km Stage 7 from Castrovillari to Alberobello on Friday.

Stage 7 was one of the flat stages on this year’s Giro route, and as Ewan told reporters after his win, it was a big relief after two weeks of disappointment in the sprints, when he had come incredibly close to a win on Stages 1, 2 and 3. To cap his achievement in Stage 7, he managed it while battling a stomach bug that caused an unscheduled roadside pit-stop about 35km from the finish. Despite the delay and his stomach cramps, he came back to take the stage.