Tour Of Britain to Start in Glasgow 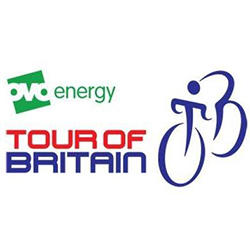 The upcoming 2019 Tour of Britain is set to start in Glasgow at the beginning of September, and will end in Manchester City centre a week later. The first two days of the biggest professional cycling race in Britain will be beginning in Scotland for the first time in its history. The opening stage, which is a 201.5 km race to Kirkcudbright, will be the longest in the race that also ends in Newcastle.

Manchester is set to host the event for the first time in 15 years after it finishes on Deansgate toward mid-September. French cyclist Julian Alaphilippe claimed first place for the event in 2018. Race director, Mick Bennett, told reporters that this year’s race is completely a British affair, and combines both the short and sharp climbs that they are known for, and will finish with the world’s best sprinters and hopefully some other surprises along the way. He added that this year’s route was designed with the spectators in mind, allowing them to visit three iconic cities and an uphill finish that should wow the audience.

The race will be broken into eight stages that cover a total route of 1250km, beginning in George Square in Glasgow. Stage two to eight will see the riders travelling from Glasgow and passing over the Scottish borders into Gateshead, where they will climb to Merseyside, and on to Worcester. The route will take them to the final day, where they will make a 165km to Manchester City.