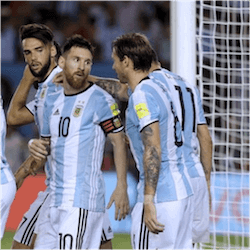 Australia’s soccer fans are well aware of Argentina’s reputation as a footballing nation. With Argentinians among the most football-mad populations on a football-mad continent, even the Argentinian Reserve League produces lots of exciting soccer worth punting on.

Reserve leagues are pretty common around world sport. As the name implies, they are for players who are contracted to a professional club, but not playing in the premier division for one of two reasons: they’re either established players coming back after a post-injury recovery spell, or they are young players who, in the opinion of their team managers, are not ready for the big league just yet.

In both cases, what football fans get is a league packed with talent, even if that talent isn’t performing quite to the standard of the premier division stars at the moment. After playing 26 games in the current season, Newell’s Old Boys Reserves are at the top of the Argentinian Reserve League ladder with 50 points. Even though they have lost three of their last five games, their 15 victories so far have kept them on top.

There is no way Newell’s Old Boys Res. can relax at this point of the season, however. There are three teams sitting right behind them with 48 points each: Huracan Reserve, with 14 wins from 28 matches, and Boca Juniors Reserve and Lanus Reserve, who both have 13 wins from 26 games, but also nine draws each, as opposed to Huracan’s six.

However, the reserve teams at the top of the ladder could see themselves slip down a place on Monday, when Talleres de Cordoba Res. plays Sarmiento Res. in Junin. Talleres are the reigning Primera Division champions, so even their reserve side is formidable, whereas Sarmiento is facing relegation from the Primera Division.

At present, Talleres de Cordoba Res. is sitting on 47 points, just three points behind NOB Res., with 14 wins and five draws from only 25 games. And unlike the table leaders, they have won their last five games in a row. So a win on Monday for Talleres, which at this point looks likely enough to get Aussie punters interested, will give them the three points they need to join NOB Res. at the top of the table.