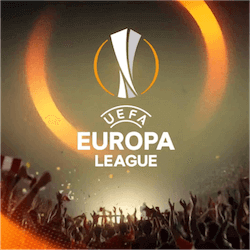 Thursday is a red-letter day for Australian fans of European football. The Europa League is second only to the Champions League among UEFA’s tournaments, so the first ties of the quarter-finals are sure to produce some exciting betting action.

Manchester United is a team that probably has more fans scattered around the world than they do in Manchester, and Australia is no exception. Aussie Man U supporters were thrilled to see them squeak into the final eight with a one-goal deficit over FC Rostov, and are now keen to see if their team can go all the way.

Anderlecht could be Tough QF Opponents

The English side travels to Belgium for Thursday’s first tie, to face Anderlecht; historically, that nation’s top football side. The Belgians will be no pushover, having dispatched Apoel Nicosia 1-0 in both Round of 16 ties. If United can win their first tie away, they will go into the second tie at home next Thursday confident that they can take the trophy this year.

Winning the 2017 Europa League is important to the side, because it would not only ensure their qualification for the UEFA Super Cup in August, but also get them at least a play-off with a shot at promotion to the 2017-18 UEFA Champions League.

They could also reach the Champions League by finishing in the top three of the English Premier League, of course. However, they are currently lying fifth on the EPL ladder, six points adrift of Liverpool in third place. With some tough opponents like Chelsea, Spurs and Arsenal to face in the coming weeks, the Europa League looks like a more likely route to the Champions League for the Manchester side.

Other Europa League Possibilities Worth a Punt

According to betting sites, Man U are odds-on favourites to beat Anderlecht, and also 11/8 favourites to win the tournament finals. Anderlecht is only offered at 22/1 to take the trophy, but the longest of long shots is the other Belgian side in the final eight: Genk, at 33/1. They play their first tie against Celta Vigo in Spain, with the home side currently third-favourite at 6/1 to win the league.

Lyon is the tournament second-favourite, at 3/1, and they are at home Besiktas, hardly rated at 14/1, on Thursday. Ajax is another outside bet at 12/1, and they play 7/1 Schalke 04 in the quarterfinal.

Punters who are looking for good betting options should check out what Sportsbet has to offer. Their latest promo lets you place a Correct Score bet on any Champions League match, and if your selection loses but the team wins you’ll get up to $50 back in Bonus Bets.