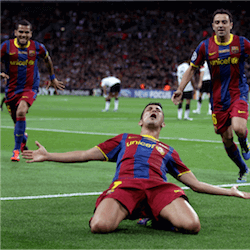 Champions League Semi-Finals in May

Australia’s soccer fans keeping an eye on the English Premier League and UEFA’s Champions League and Europa League have a busy few weeks ahead of them. The 2017 Champions League, in particular, is attracting a lot of punters, half-way through the quarter-finals.

Tuesday’s match between giants Juventus and Barcelona in Turin was probably the most anticipated of the quarter-finals, and it also provided the biggest score deficit. Playing confidently in front of their home crowd, Juventus were 2-0 up at half time, thanks to two goals from Argentinian jewel Paulo Dybala.

In the second half, a superb header from defender Giorgio Chiellini added another goal, putting Juventus 3-0 up at full time. For Barcelona fans, it was a repeat of the disastrous first leg of the Round of 16, which saw Barca finish four goals down to PSG.

However, the second leg of the Round of 16 allowed the Spanish team to make an historic comeback; the first time a side has ever come back from a four-goal deficit in the knockout rounds to go through. They’ve proved they can do it once, so the faithful will be hoping for a repeat miracle at Camp Nou next Wednesday.

Atletico Madrid were at home to Leicester City, and beat them 1-0, so it looks like the English side may reach the end of their tournament this Tuesday. The Bayern-Real rematch in Madrid is likely to be the more thrilling game on Tuesday, however. The Munich team is still top-quality, so they will be fighting just as hard as Barcelona to make up the deficit.